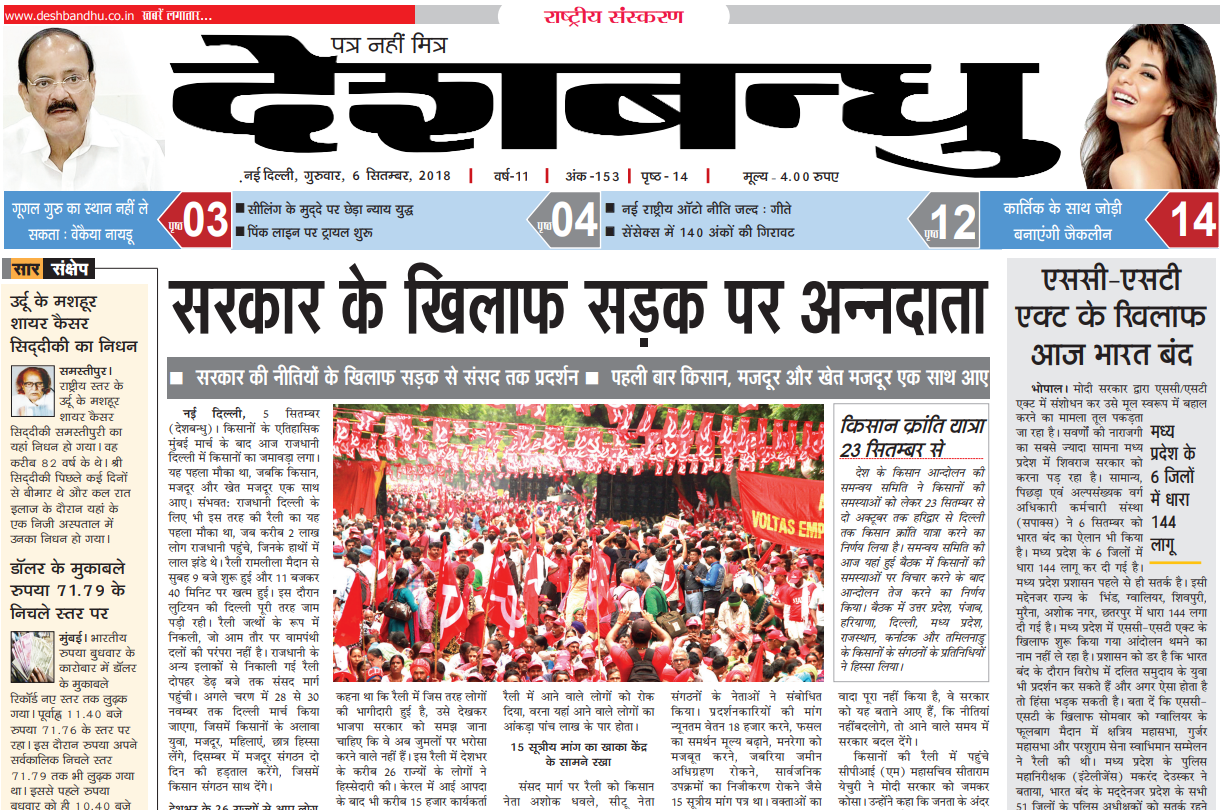 Deshbandhu is a Hindi newspaper. It was launched in April 1959 from Raipur, now capital of Chhattisgarh, by veteran journalist Mayaram Surjan. In 2008, Deshbandhu started its National Edition from New Delhi, thus, becoming the first newspaper in central Indiato achieve this feat. Today Deshbandhu is published from 7 cities: Raipur, Bilaspur, Bhopal, Jabalpur Satna and New Delhi.

With Bookmyad.Com, You Can Book Your Business Ads, Property Ads, Matrimonial Ads, Tender Ads And Many More At Discounted Rates. With Us You Can Make Your Advertisement Reach Out To People All Over The Nation On A Big Scale Including Major Cities Like Delhi, Mumbai, Bangalore, Kolkata, Chennai, Chandigarh, Nagpur And Many More Other Cities Like These. Contact Us For Best Packages And Discounts.

— Package of the Deshbandhu —

talk to our expert from
Deshbandhu

No Offer / Package available as per your search

Thanks for contacting Us. We will contact you shortly.